Dillon, you son of a bitch!
What’s the matter?
The CIA got you pushing too many pencils?
We’re a rescue team, not assassins!

It’s all bullshit, all of it
The cabinet minister, the whole business!
So you cooked up a story
And dropped the six of us in a meat grinder!

That’s right, I know you can feel it
It’s the power of ArnoCorps around you
If it bleeds, we can kill it!

Don’t be so alarmed, the crowd is unarmed!
The hell with you, all they want is food!
Abort the mission, report the fiction!
The television is your addiction!

So I’ve seen too much? Your dreams are a crutch!
Change the world with talk, wishing I could walk!
I’m forced to run in a game for fun
With my resistance, you will witness!

You say it’s no use, but you’ll know the truth!
They’re sadistic scum with a care for none!
With ratings higher, they feed desire!
Death and violence provide your suspense!

So I’ve seen too much? Your dreams are a crutch!
Change the world with talk, wishing I could walk!
I’m forced to run in a game for fun
With my resistance, you will witness!

I hope you leave enough room for my fist
Because I’m gonna ram it into your stomach
and break your goddamn spine!

Now you’re exposed, slight change of plans!
You’ve been caught with another man!
Both on this mission till this jet lands!
Doing whatever the task demands!

Crave excitement, can’t tell the truth
Want to meet for lunch, you’ve got an excuse
I know what you’re doing with the poseur sleuth
He’s just with you cuz he thinks you’re loose!

Now he’s exposed, slight change of plans!
He’ll never get the chance to squeeze your cans!
Both on this mission, till this jet lands!
Doing whatever the task demands!

Working as a team, the way it should be
Discovered the secret, both you and me
All we need is trust, now we can see
We’re still together, but twice as free!

Now I’m exposed, slight change of plans!
In the line of duty, crush dogs with my hands!
Both on this mission, till this jet lands!
Doing whatever the task demands!

CROM (STRONG ON HIS MOUNTAIN)

A standard or symbol, perhaps on a shield
Two snakes together, facing each other

My father died for the riddle of steel
From gods of the sky, darkness of chaos

He laughs at your winds, he laughs from his mountain
I seldom pray, he doesn’t listen 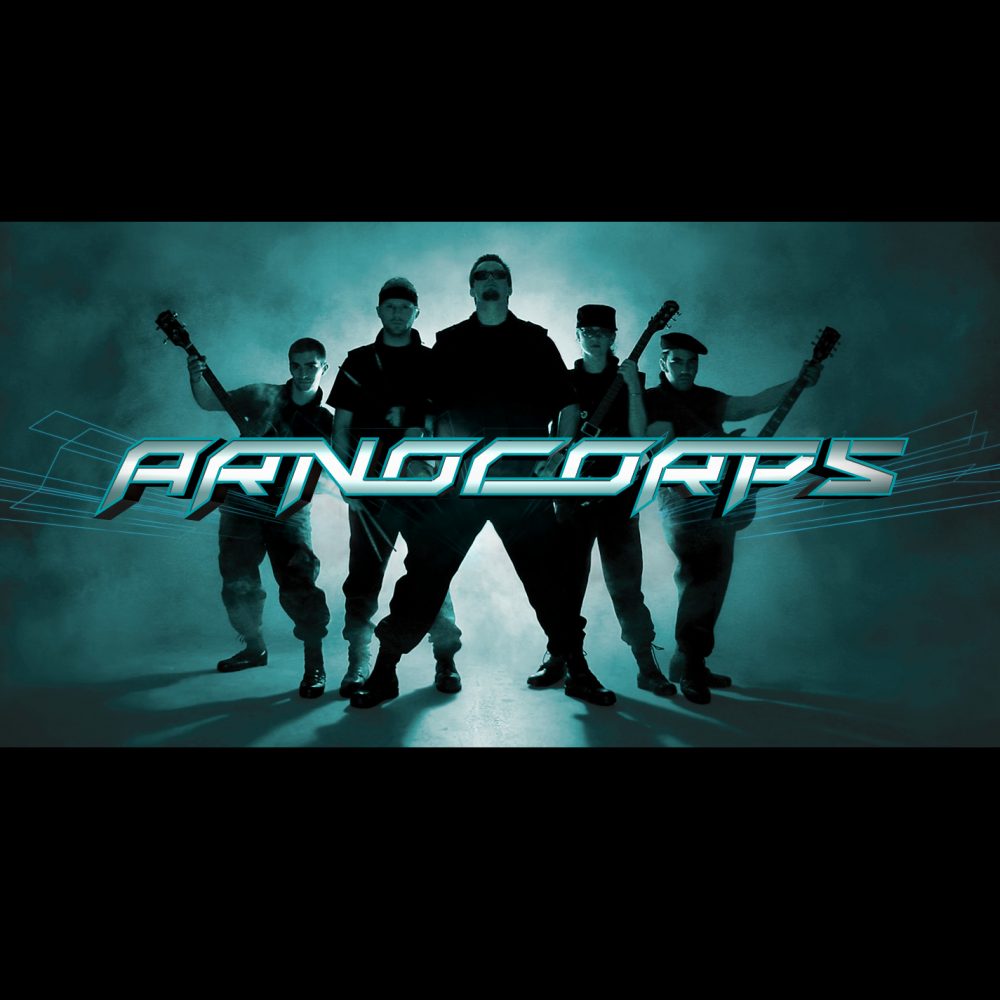 Recorded on June 30, 2000 and mixed October 7, 2000 at Burnt Ramen Studios in Richmond, California. Founding members Holzfeuer, Inzo, Nagelbett, Toten and Halstucha hit the studio as their goal to conduct live action adventure audio assaults neared and a recorded demo representing their sound would be required to get booked to play at any venue.

The band exhibited many strengths, even at this very early stage. Concept, mission, vision, musicianship, songwriting and lyrics all suggested the band was destined for greatness. According to Holzfeuer, however, the weakest link at this juncture, mere months into the band’s formation, was his own vocal ability. “I always tell people, don’t compare yourself to others, compare yourself to who you were before, the past version of yourself. When I do that, I laugh with many laughters at my vocals on this first demo. I was a fucking choir boy compared to me now! I was not yet ready to record, right there. I seldom pray, but I did request that all copies of this recording be destroyed by Crom as soon as we recorded our second demo, which was terrific.”

Despite this, the demo served its purpose by intriguing bookers enough to give the ballsy Austrian garage band a chance to perform in front of audiences. In fact, by their second live appearance, ArnoCorps was already being asked to headline local shows. All songs on this lackluster demo were eventually re-recorded for The Greatest Band Of All Time LP five years later (with completely new music written for True Lies, using original lyrics).